A Different View of the Swiss Cheese Model

Much has been written about James Reason’s original Swiss Cheese Model described in his book Managing the Risks of Organizational Accidents. Figure 1 is a basic representation of this model. Many today consider this model to be obsolete because of the evolving complexity of systems due to emerging technologies. Therefore, the linearity of failure expressed in this original model, is not as applicable as it was when introduced. 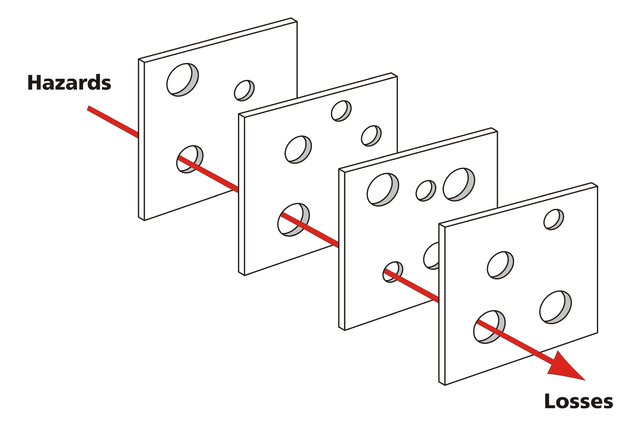 However, I still find relevance in this model and using this metaphor, with a few revisions. I am in the investigation business which includes applying our PROACT Root Cause Analysis (RCA) Methodology. We utilize what we call a Logic Tree, to reconstruct cause-and-effect relationships leading up to an undesirable outcome. We find this graphical reconstruction very helpful in understanding the non-linear complexities involved in such bad outcomes, while allowing us to utilize hard evidence to back up hypotheses. Such analyses are only as good as the analysts, so those utilizing such a tool would need to understand the social sciences in order to benefit from such an expression.

I have made an attempt to revise Reason’s original Swiss Cheese Model with a variation that is consistent with our PROACT RCA methodology and Logic Tree expression. In Figure 2 I have just pulled a logic sample from a published case to demonstrate the cause-and-effect relationships I am talking about. In this excerpt of logic we asked ‘Why Would a Mechanic Not Align Properly?’ and we uncover:

The ‘LR’ in the graphic represents what we call Latent Root causes or systems contributions to the undesirable outcome. The ‘H’ stands for Hypothesis. The numbers in the lower left hand corner represent Confidence Factors. They are based on the strength of evidence supporting them. The scale is 0 – 5 with ‘5’ indicating the evidence proves this hypothesis is absolutely true and a ‘0’ indicates it is not true. 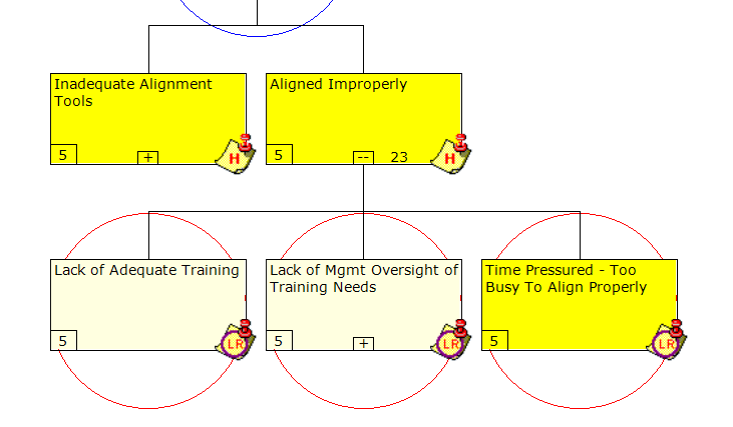 Figure 3 represents my Swiss Cheese Model revision. In this case, the slices of cheese still represent defense mechanisms and barriers. The holes in the cheese still represent system vulnerabilities/weaknesses. The change here is that due to the complexity of system’s today, there are always numerous paths to failure emerging, and they are not linear. They come from all angles, at all times and when the stars align and they progress to a certain stage, they can converge to cause an unexpected bad outcome.

I also wanted to state, based on inputs from some of my LI friends; while this model is static in this blog, the reality is the diameter of the holes, the area of each slice, the location of each slice (whether shifted in any direction) and the distance of each slice from the other, is in a constant state of flux. That is the reality of the complexity of the environment we work in. My PowerPoint skills will only take me so far in trying to animate the objects in this graphic on a LI blog, so please forgive me:-).

Another good point made in some of my feedback thus far, this expression lends itself nicely to hindsight (as used in most RCA applications) but would be more difficult for foresight given ‘we don’t know, what we don’t know’ as a failure path attempts to grow. 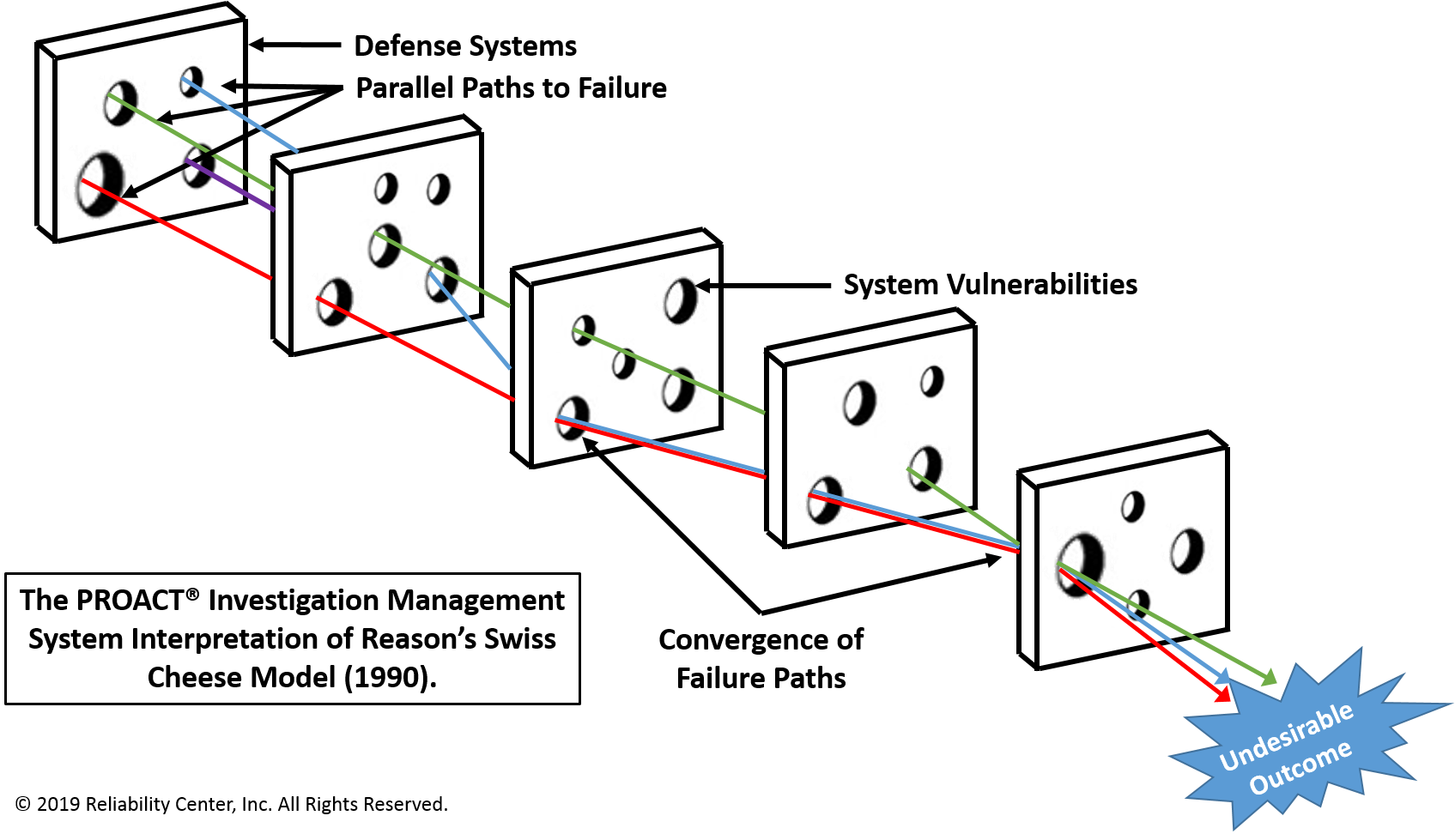 Our Logic Tree approach attempts to represent this version of the Swiss Cheese Model, as each level in the Logic Tree, represents a slice of cheese. Everything proven to be true, moves from one piece of cheese to another, as a vulnerability has been taken advantage of and permitted the potential failure path to move forward.

Since all of the recent criticism of the original Swiss Cheese Model I have been hearing, I wanted to attempt to graphically represent how I see it working and seek input from my peers as to the pros and cons of this interpretation. I am sure there are refinements to be made to better express this concept, or many may feel there is no value in the Swiss Cheese Model no matter the variation; so I am seeking experience from my LI friends to help me accomplish this.

Thanks in advance for your constructive inputs.

About the Author
Robert (Bob) J. Latino is CEO of Reliability Center, Inc. a company that helps teams and companies do RCAs with excellence.  Bob has been facilitating RCA and FMEA analyses with his clientele around the world for over 35 years and has taught over 10,000 students in the PROACT® methodology.